One of the last stages of festival planning but oftentimes the most complex is creating a map of the festival and putting the schedule together. This is especially true for festivals that incorporate multiple stages, areas, events, etc. over multiple days.

Scheduling can become even more difficult when there is a variety of genres and styles of music within each genre. Confirming and announcing the lineup is one thing but making sure the various styles of music across each genre match up nicely can oftentimes prove to be quite difficult.

Aside from making sure the various styles of music fit together and the musical genres are separated, festival planners also have to prevent sound bleed from occurring. This happens when stages are set too close to one another and festival goers can hear the music “bleeding” from a nearby stage.

When putting a festival map together, there are many different areas to consider other than the stages even if the festival only predominantly focuses on music and doesn’t offer any other types of activities or any workshops. A blueprint will also need to be drawn up at first to be used by production staff and logistics coordinators before releasing the map publicly on social media and the festival website.

Some festivals might be held at venues that already have blueprints drawn up which incorporate restrooms, medical areas, and even designated camping and shower areas. While other festivals are held on privately owned or barren land which forces them to create their blueprints, site maps, and conduct surveys of the land the festival will be held at.

Before any of the areas or stages are drawn up, festival planners must consider both the capacity of the venue and the number of people that will be in attendance at the festival. This will then determine the amount of medical staff needed and how many medical tents will be necessary in accordance to local laws. This will also give an idea as to the number of restrooms necessary and designated camping areas for festivals that incorporate camping.

Festival planners will also need to determine the number of parking spaces needed and this should also include enough space for large busses to be able to park and enter and exit. It’s always best if parking is nearby the camping area and there is a separate area for ride sharing as well.

Medical areas should be nearby a large enough open space so that a helicopter can land if necessary for emergencies and also close by a large enough exit in case firefighters or EMTs need to quickly transport someone to a nearby hospital.

Next is the box office and check-in which should be located close to the parking lot and not too far from the camping area. It’s always best if media, staff, VIP, and artists check-in in a separate area from normal check-in to avoid confusion and minimize unnecessary long lines. The production area, artist lounge, and media area should also be located nearby where they check-in. It also helps if there is a separate area for parking for staff, media, VIP, and production as they will need to have a way to transport equipment in and out of the festival. They may also need to enter and exit the festival more often than regular attendees.

Once the main festival site’s layout is determined, the various areas and zones will need to be considered. The largest areas will be where the stages are located and it helps to figure out how many people will be present at each stage which will determine the size of the stage as well as the size of the area surrounding the stage. 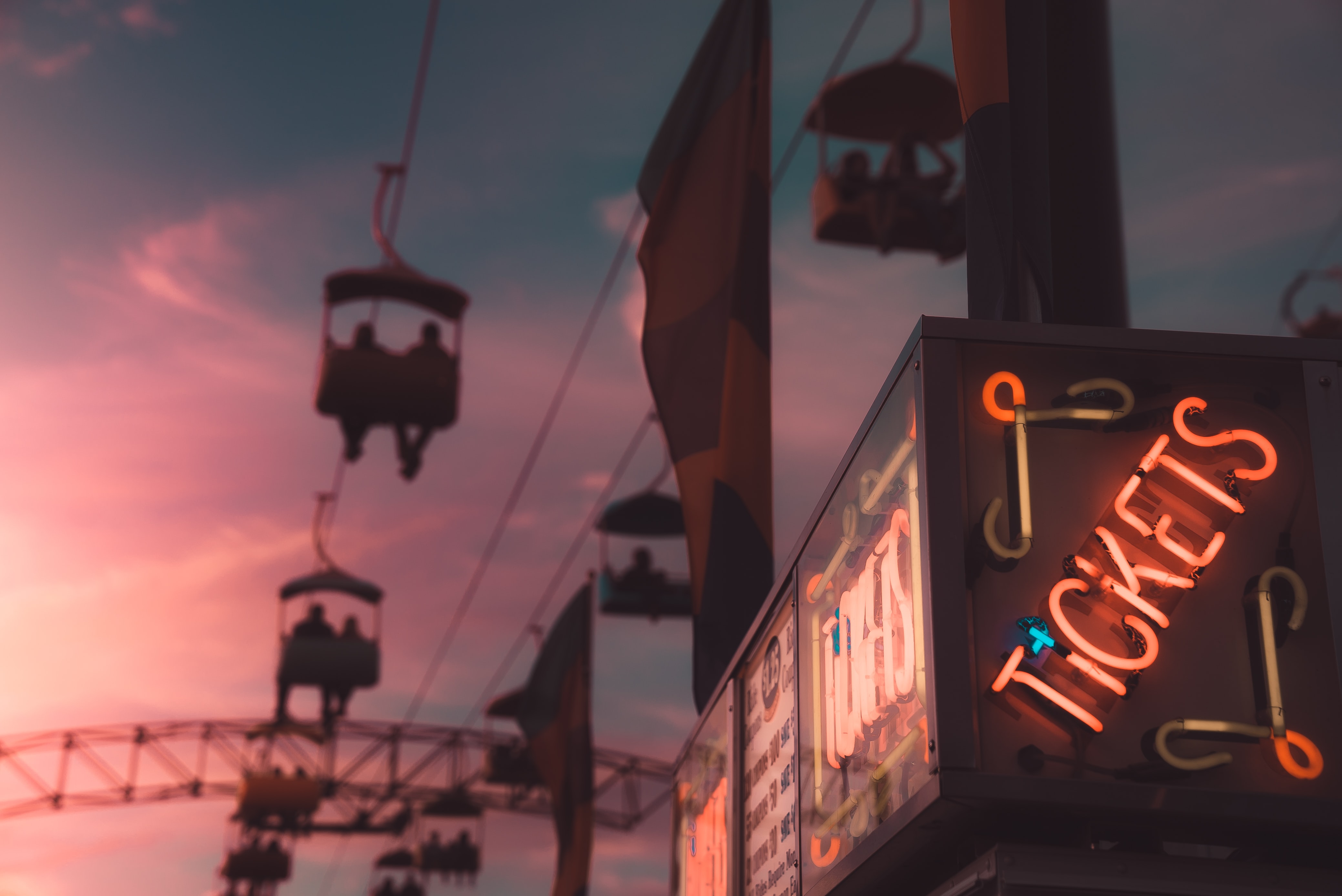 Experienced production managers and logistics coordinators will know the capacity for each stage and then can measure how large the area surrounding the stage must be to avoid sound bleed. Bars should then be placed nearby each stage and in between each area and then designated food areas should be between stages while restrooms should be both nearby stages, in-between stages, nearby entrances and exits, and within the campsite.

Quiet areas for attendees to relax and rest should be placed throughout multi-day festivals and in-between stages. It helps if there are areas of shade and these areas also are nearby food vendors and refreshments. Various books, art utensils, games, etc. can be placed in these areas as well. Quiet spaces should also be implemented within campsites or at the very least enough space should be provided within campsites for festival goers to create quiet areas on their own.

Once all the areas or zones of a festival are determined and where stages will be placed, next it is time to start figuring out the main stages and side stages. Some festivals might only have one main stage and others may have multiple. Oftentimes side stages are used for local acts but can also be utilized for less popular genres of music and 3rd tiered acts as well as performances, lectures, and discussion panels. The main stages are going to be for the headlining acts but when there is more than one main stage, it can be difficult to determine which acts should perform at which times. It can help to break up attendees into various audience segments based on the genre of music and create brand personas. Then determine if there is any crossover between headlining artists. If you find that there is any crossover between two acts, then it might be better to put them on the same stage rather than on separate stages.

Another method for making sure that artists pair up well together is to invite media outlets, record labels, and artist collectives to curate and host their stages. This can assure that the styles and genres of music pair up well together and avoid conflicting sounds between artists as well as conflict in general. Those who normally run major music media outlets are well aware of what artists work well together and they are also more inclined to promote your festival as well. Artists on record labels usually share similar styles of sound as well and this also presents a level of familiarity for attendees as they will know what style of music to expect due to the particular label hosting the stage.

It helps to keep in mind that the more popular acts normally go on at later times in the day and evening but it can never hurt to have a surprise guest perform earlier during the day. This can help attract an earlier crowd to the festival which means people start spending money earlier as well.

It can also help to put DJs on separate stages as the live acts. Live acts will have a lot more equipment and also need a lot more space to perform. It doesn’t make a lot of sense to have a DJ go on following a band and vice versa. This also lets attendees know which stage hosts DJs and electronic music and which stages host bands in order to avoid any confusion.

Properly organizing and setting up set times and putting together a schedule can be a daunting task. Especially over multiple days, multiple stages, and multiple genres. Promotix created a free tool for festival organizers to be able to plan musical acts on multiple stages across multiple days which you can download below.

Saxe has a vast range of knowledge covering everything from marketing, talent buying, and PR to sponsorship and festival planning.

Want to know how to manage a spectacular event ambassador program?

An ambassador can help you gain additional marketing promotion and reach your event's target audience. Recruiting the right ambassadors takes time and energy, so it’s important that you maximize their efforts to see your hard work pay off.

8 Brilliant ways to fundraise for your latest event

Kick off your Summer in the Park!

Groove Productions presents Summer in the Park 2021 - three different socially distanced one-night festivals at Harmony Park! On June 26, July 10, and/or July 24th you and your friends can kick off your summer right in the beautiful Harmony Park Music Garden located in Clarks Grove, Minnesota.